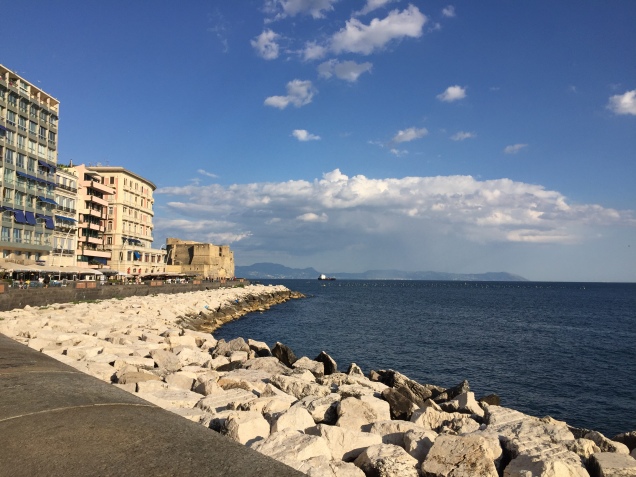 Naples, Southern Italy. In that part of the country that governments, since the Unification of Italy, have consciously and culpably left behind. Naples, a city that is the mirror of the Italic contradictions and of a South which is struggling to emerge: Naples the Rich, Naples the Poor, Naples the Noble, Naples the Plebeian, Naples and its many colors, Naples in black like the pitch which is brought by the boats of its sea.

From here, in one of the most beautiful and fascinating cities in the world, the Italian bioeconomy opens to the world, claiming its Euro-Mediterranean centrality. Here will take place next October 22-23 the third edition of the Italian Forum on Industrial Biotechnology and Bioeconomy, the first edition to be international.

Industrial biotechnology will be the protagonist of a workshop which aims to create a network between universities, research centers and companies looking for new business opportunities to support the growth of the bioeconomy in Europe and in the Mediterranean area. Representatives of the German, Russian, Italian, Spanish, Turkish, Tunisian realities, just to name a few, will discuss how to overcome the challenges that the third millennium poses to human beings: how to face the growth of the population, its aging and the increase of global demand for food expected in the coming decades, how to deal with climate change and how to create a post-petroleum society.

In the beautiful framework offered by the Complex of SS. Marcellino and Festo, participants of IFIB will discuss the present and future. In a city where unemployment touches unacceptable levels, the bioeconomy will be called to give concrete examples of how to reconcile economic growth, environmental sustainability and creation of high-skilled jobs.

To address the role of industrial clusters in fostering the growth of the bioeconomy in Europe will be representatives of the main European clusters: Manfred Kircher of Clib2021 (Germany), Christophe Luguel of IAR-Pole (France), Willem Sederel of Bio-based Delta (The Netherlands ), Roberto Horcajada from Spain, Vladimir O. Popov from Russia and Catia Bastioli of the Italian Cluster of Green Chemistry. Together with them, to represent the European Commission, Antonio Di Giulio.

Naples –  ideally connected to the island of Ventotene, where in the Forties of the last century Altiero Spinelli and Ernesto Rossi wrote their manifesto “Towards a Europe whole and free” – resumes its European path. Because today we must build a stronger Europe or we die.