In 2013, bioeconomy in Italy has shown a production potential amounting to 244 billion euro, equal to 7.9% of the total value of national production, employing approximately 1.5 million people. Italy – only country among EU5 still without a National strategy on bioeconomy – is in third position. Germany is first with a production worth €343 billion and France second with €295 billion. Spain is fourth (€219 billion) followed by the UK (€170 billion). In these five countries, the bioeconomy is worth €1.27 trillion and employs 7 million people.

The Intesa Sanpaolo Research Department (Intesa Sanpaolo is one of the major banking group in Europe) and Assobiotec presented their second report dedicated to bioeconomy, which, in line with the definition of the European Commission, was defined as the set of activities using renewable natural resources to produce goods and energy, generating great advantages in terms of sustainability.

A global look shows that worldwide exports of products related to bioeconomy amounted, in 2014, to 2,396 billion US dollars, or 12.6% of the world trade, a share which showed a considerable growth on the 9.8% of 2007. Italy is the 10th largest worldwide exporter, with a share of about 3%, and a good competitive performance in recent years.

Moreover, in Italy, bioeconomy has significant prospects of growth in the next few years, thanks to the presence of a core team of players in the downstream supply chain of bioindustry. On the basis of existing technologies, the chemical productions that can potentially be converted into bio-based ones are just under 40%, in Italy.

Developing an economy that grows while respecting the environment and reducing dependence on non-renewable resources, such as fossil fuels, is regarded as a priority for Europe and for Italy. It is, therefore, important to understand the economic potential of bioeconomy, that is the set of activities that produce and use natural raw materials from agriculture, to food industry, to timber and paper industry, to a part of the chemical industry.

The value of bioeconomy has been quantified, in the Report, through the use of official statistics, both on the value of production and employment and on the flows of foreign trade, setting out original estimates particularly for the identification of the chemical products that can be potentially produced thanks to renewable resources, on the basis of existing technologies. On the basis of existing technologies, the chemical productions that can potentially be converted into biochemical ones are just under 40%.

An overall look at the global trend pinpoints the important role of bio-based products in worldwide trade: food products, with almost 1.115 billion, account for approximately 46% of total exports of the bioeconomy. The agricultural and food sector as a whole accounts for two thirds of the total, followed by biochemical products, which account for 14.5% of exports.

Moreover, in Italy, bioeconomy has significant prospects of development in the coming years, thanks to the presence of a core team of players in the downstream supply chain of bioindustry (both biofuel and other productions). In 2014 the Italian production of biofuels, the only item in the panorama of the biochemistry that can be monitored on the basis of current statistics, amounted to 483 thousand tonnes, equivalent to 359 million euro.

Despite the as yet modest role of Italy in the world trade in biofuels, the manufacturing base highlights some positive elements: technological leadership and a multiplicity of players (both large and small producers), with facilities spread throughout the territory and expanding considerably thanks both to technological advances and the investments dedicated to the conversion of traditional petrochemical sites. Also in the field of chemistry from renewable sources Italy boasts an advanced legislative framework and positive experiences of production growth through projects designed for and integrated in the territory, with a strong focus on how to procure the necessary biomass, a key factor for the development of bioeconomy, and on the advantages that these new products can bring to the system, in terms of new jobs, protection of biodiversity, and resolution of environmental problems.

The analysis of the foreign trade flows regarding agricultural goods and food, and the study of information on the physical flows of materials, shows in Italy a significant gap in terms of domestic production of natural raw materials. In Italy, the level of biomass production per capita seems to be modest and lower than the amounts recorded in other major European countries.

According to Intesa Sanpaolo’s simulations, the increase of biochemical productions up to a share of 20% of the sector’s productions would determine an additional need for biomass equal to an annual average of 0.4%.

In order to contain Italian dependence on foreign countries in this field and make the most of the technological capacity that Italy is expressing in the field of bio-based industries, Italian approach on biomass – researchers write in their Report – will need to be reconsidered, focusing on increased productivity, on the recovery of used land, and on a better use of the wastes from current processes, in a supply chain rationale and with a view to increasing the circularity of production systems. In this context it will also be important to formulate policies involving the use of bio-based products in all the contexts where there are high risks of environmental dispersion and where biodegradability brings global benefits to the system. This will require accessory and supporting policies, as well as the involvement of all the players in the system, from local and national institutions to associations representing the individual entrepreneurs. 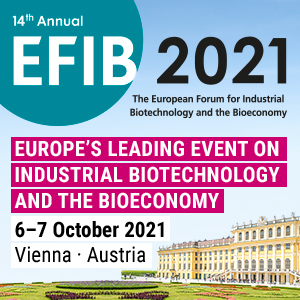