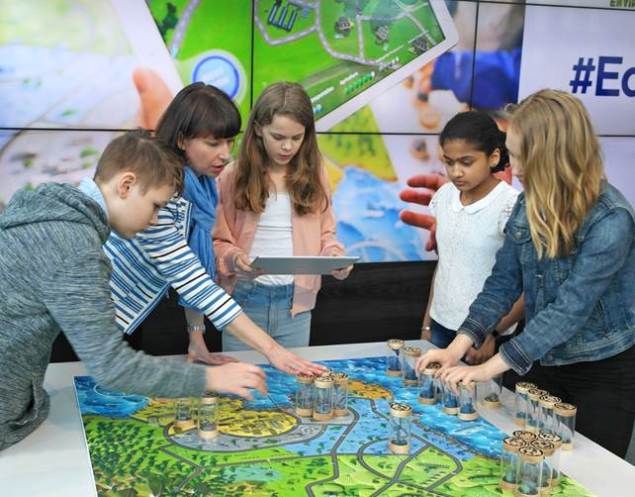 There is a new Finnish initiative to educate children in bioeconomy and climate change. Neste Corporation has launched an international environmental exchange that is open to schools throughout Finland. Pupils in schools can exchange experiences of climate change with their counterparts in schools abroad. The schools selected for the exchange will be given an EduCycle game. It is an augmented reality game created by Neste that makes it clear what climate change means in practice.

In April, Neste launched the EduCycle climate change game, which uses augmented reality and the logic of digital games. The choices made using these affect the outcome of the game, and illustrate what must be done to reduce carbon dioxide emissions to the level required by the Paris Agreement.

Now Neste is launching a unique, EduCycle-based environmental exchange that schools around Finland can apply to participate in. Ten Finnish schools will be selected from those that apply, and will be paired with schools in other countries where the changes caused by climate change are different to those in Finland. The students participating in the project will exchange thoughts about climate change and related matters. In the autumn, at the beginning of the school year, EduCycle games will be given to selected schools. The games will help make the discussions more concrete.

“We want to bring young people from different countries together to increase their understanding of global climate change, which is a complex matter,” says Neste Corporation’s Senior Vice President of Communications and Brand Marketing Osmo Kammonen. “At the same time, our program enables a cultural exchange. Pupils from Finnish schools will be able to talk to the Chinese youth of the same age, for example.”

The EduCycle game will be featured at the Finnish Heureka Science Centre this summer, so that the general public can also learn more about the impact of climate change. EduCycle has been developed as part of Neste’s Pre-Order the Future project, which brought together Neste’s experts, the marketing agency TBWA, the Finnish digital animation and visual effects studio FAKE Oy, and spoken word artist Prince Ea, who is the project’s futurologist.