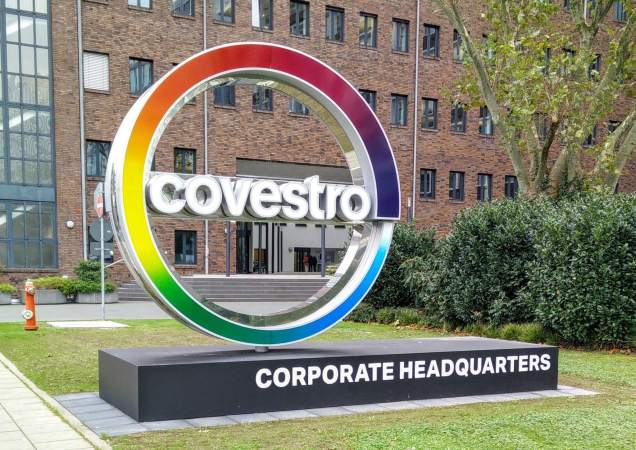 Covestro, the leading supplier of high-tech polymers headquartered in Leverkusen, Germany, has scored a research breakthrough for the use of plant-based raw materials in plastics production: aniline, an important basic chemical, can now be derived from biomass. The German materials manufacturer achieved this by collaborating with partners on the development of a completely new process, initially in the laboratory. Until now, only fossil raw materials had been used for the production of aniline, which plays an important role in the chemical industry and is used as starting material for numerous products.

Following its success in the lab, Covestro plans to further develop the new process together with partners from industry and research. The first step is to upscale the process in a pilot plant with the ultimate goal of enabling the production of bio-based aniline on an industrial scale. That would be an unprecedented achievement in the chemical industry.

About five million metric tons of aniline are produced annually worldwide; the total volume has been increasing by an average of about five percent every year. With a production capacity of about one million metric tons, Covestro – which is a spinout formed in the fall of 2015 from Bayer, it was formerly Bayer MaterialScience – is among the leading producers. The company requires aniline as a precursor for rigid polyurethane foam, a highly efficient insulating material used in buildings and refrigeration systems.

“The market is showing great interest in ecologically beneficial products based on renewable raw materials,” said Covestro Chief Commercial Officer Markus Steilemann. “Being able to derive aniline from biomass is another key step towards making the chemical and plastics industries less dependent on fossil raw materials and market fluctuations. With this, we are pursuing our vision of making the world a brighter place.”

“The process currently under development uses renewable raw materials and produces aniline with a much better CO2 footprint than that manufactured with standard technology,” said Covestro project manager Gernot Jäger. “This also enables our customers to markedly improve the CO2 footprint of their aniline-based products.” And the reactions would take place under milder conditions. The ecological aspects of the process are also being thoroughly evaluated by external institutes.

The industry currently derives aniline from benzene, a petroleum-based raw material. But industrial sugar, which is already derived on large scale from, for example, feed corn, straw and wood, can be used instead. The newly developed process uses a microorganism as a catalyst to first convert the industrial sugar into an aniline precursor. The aniline is then derived by means of chemical catalysis in a second step. “This means one hundred percent of the carbon in the aniline comes from renewable raw materials,” explained Jäger.

Covestro is working with the University of Stuttgart, the CAT Catalytic Center at RWTH Aachen University, and Bayer AG to further develop the process. “This interdisciplinary, motivated team combines all the needed expertise at a very high level and is the basis for continued success,” said Jäger. The long-term research project will receive funding for a period of two and a half years through the FNR (Fachagentur Nachwachsende Rohstoffe e.V.), a project agency of Germany’s Federal Ministry of Food and Agriculture.

The German multinational company is already using renewable raw materials in a number of different products. A hardener for coatings that the company developed is one example: up to 70 percent of its carbon content is derived from plants. And CO2 is also increasingly being used an alternative raw material. Used in place of petroleum, CO2 accounts for up to 20 percent of the raw materials used in a precursor for flexible polyurethane foam that Covestro began producing in 2016. The company is also researching and developing many more products based on CO2.