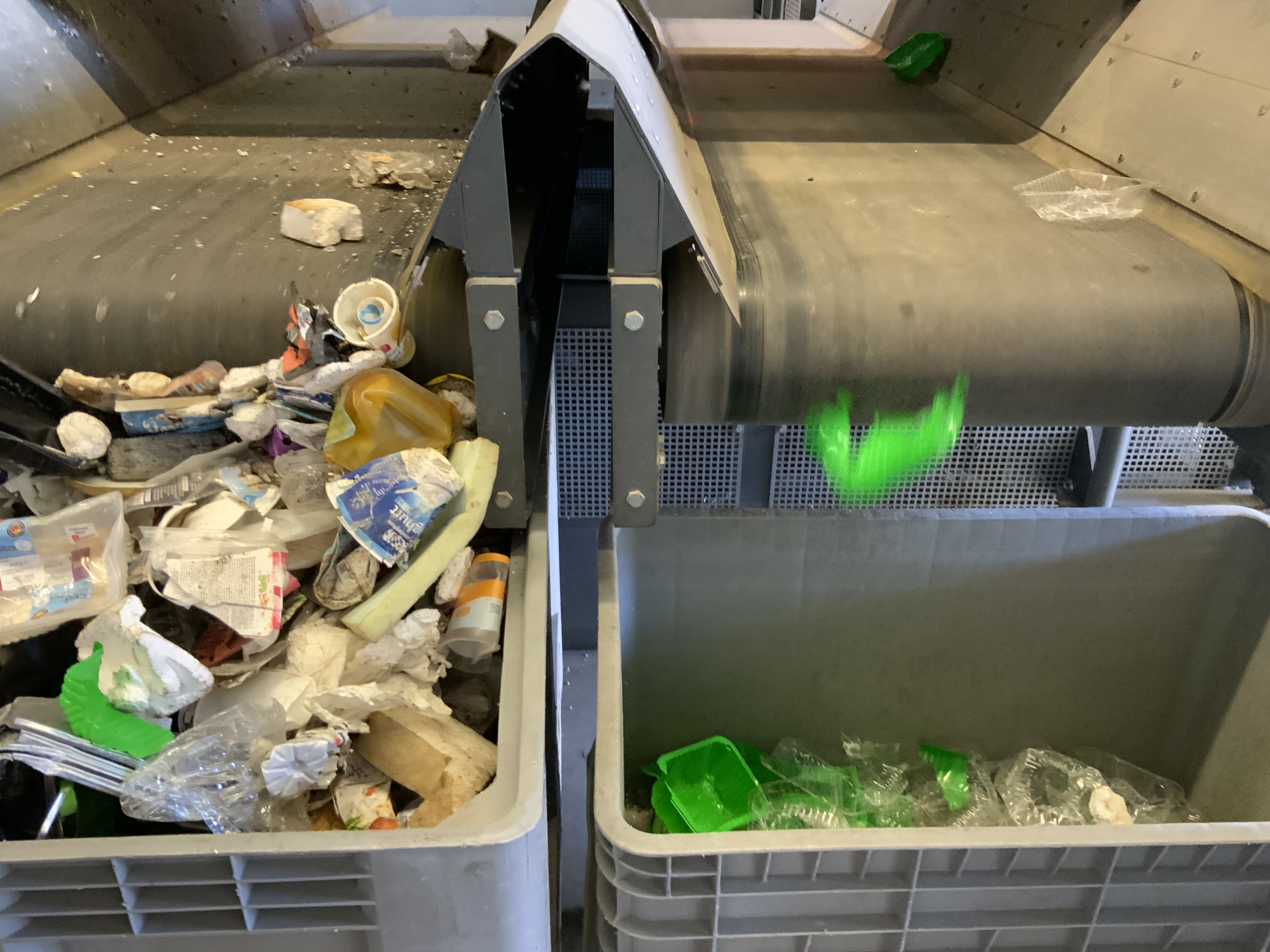 With the aim of determining the sortability of PLA from municipal mixed plastic waste, TotalEnergies Corbion and TOMRA Recycling conducted a sorting test in August 2022. The outcome confirmed, as has been confirmed many times before – the French-Dutch company claims – that sorting PLA from other plastics waste is easy and straight-forward.

Using a Near Infra-Red (NIR) sorting machine, PLA trays mixed with other post-consumer plastic items were fully recovered with a very high purity at the TOMRA center in Mülheim-Kärlich, Germany. Also when the PET bottle fraction was sorted from the mixed plastics waste stream, no PLA trays ended up in the PET stream. This realistic and industrial test shows that PLA is sortable and will not contaminate other recycling streams.

“Plastic waste collectors and sorters know that using the infrared technology, PLA plastic products can easily be sorted from other municipal waste. In closed loop environments, where PLA bottles and PLA cups are exclusively used, the amount of PLA is sufficiently high to also make it economically feasible to collect, sort and clean the PLA”, said Jürgen Priesters, SVP TOMRA Feedstock.

TotalEnergies Corbion is actively collecting used PLA products from closed loop systems and pre consumer waste. The collected PLA waste is used as feedstock for making rPLA and will help divert PLA from ending up in landfill or incineration. It also further reduced the carbon footprint of PLA and rPLA reduces the need for biomass and land use. Luminy® rPLA, containing 20% post-industrial and post-consumer PLA waste is commercially available.

“In collaboration with Tomra, a leading supplier of waste sorting equipment, we confirmed (again!) that PLA can be effectively sorted from other municipal plastic waste using existing separation equipment. Claims that PLA contaminates PET recycle streams have again proven to be nonsense. Many other studies, as cited in our white paper about end of life options for PLA, have confirmed exactly the same.” said François de Bie, Senior Marketing and Supply Chain Director at TotalEnergies Corbion. He continued, “In short no technical barrier exist that prevent an effective separation of PLA from other plastic waste.”