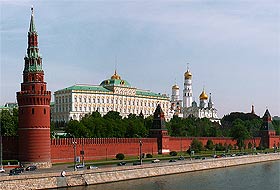 PoliKompleks, a Russian industrial biotechnology company, plans to invest around 1,2 billion rubles, 30 million euros, to construct a bioplastics production complex in Russia’s far western enclave of Kaliningrad. To say it is Nikolai Tsukanov, governor of the Kaliningrad Region.

PoliKompleks has reached agreement to establish plants for products based on lactic acid and polylactides (PLA) for the manufacture of some 50,000 tpa of biocomposites. The complex will also have a biodegradable de-icing reagents plant with a capacity of around 12,000 tpa. The Russian company expected to reach an annual turnover of 1,4 billion rubles, approximately 34 million euros.

Agreement to go ahead with the project, which also involves German electronic monitoring instrument producer Sarad based in Dresden, was signed at the recent industrial technology fair Hannover Messe.

According to the Russian sources, work on the PoliKompleks complex, which is due to begin this year, should be completed by 2016. The project is due to be the basis of a biochemical cluster, which alongside similar industrial schemes for the automotive and shipbuilding sectors, will become a focus for future economic growth in the region.

PoliKompleks was formed in 2009 and has been active in industrial biotechnology in several regions in Russia, as well as in Kazakhstan and Venezuela. The project in Kaliningrad is part of the development plan of the bioeconomy in Russia named Bio-2020. The strategic goal is the level of the bioeconomy 1% of GDP by 2020 and 3% by 2030. For the Russian government bioeconomy is the way for the modernization of the economy and the creation of social benefits and new jobs, counteracting depopulation in the rural areas.

The selected priority areas to develop bioeconomy in  Russia are biorefineries (grain, lignocellulose and algae), platform chemicals, bioplastics and biomaterials, biocatalysis, transgenic plants and animals, valorization of waste, pulp and paper and functional foods and feeds. No trace of biofuels, of course.