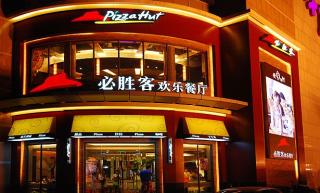 The municipality of Shanghai in China plans to turn recycled cooking oil, some of it seized by authorities, into an environmental asset by converting it into fuel for vehicles.

The country has been rocked by a series of food safety scandals including the re-use of waste oil recycled from restaurants and called “gutter oil”, a term used in China to describe illicit cooking oil which has been recycled from waste oil collected from sources such as restaurant fryers, drains, grease traps and slaughterhouse waste. Processed gutter oil is expected to be used as bus fuel within two years , as part of efforts to advance a circular economy and prevent recycled cooking oil from returning to the kitchen.

The Shanghai government plans to cooperate with Tongji University and six companies to produce biodiesel from used oil to power the city’s buses, taxis and trucks, the China Daily newspaper reported.

In 2011 China arrested 32 people over the sale of “gutter oil”, which is thought to contain carcinogens and other pollutants. Shanghai has also cracked down in March implementing rules on proper disposal of waste oil and qualifications for collectors.

“On the one hand, we emphasised cleaning up illegal oil collectors. On the other, we looked for ideal ways to use the recycled oil,” said Yan Zuqiang of the Shanghai Food Safety Committee. “Owing to the comparatively high cost of transforming recycled cooking oil to vehicle diesel, those who use the oil will receive subsidies”, he said.

When the gutter oil scandal emerged in 2010, experts estimated that people in China consumed two to three million tonnes of the illegally recycled oil every year. The revelation forced the nation’s food safety watchdog to step up its inspections, but experts said the business was extremely profitable. China’s food industry is notorious for safety problems despite regular government crackdowns.

Lou Diming, a professor at Tongji’s School of Automotive Studies who has led the study for the past three years, said after many experiments it is now the right time to turn the application of recycled cooking oil for vehicles into a reality. His team has experimented with using mixed diesel fuel on more than 300 taxis, buses and lorries.