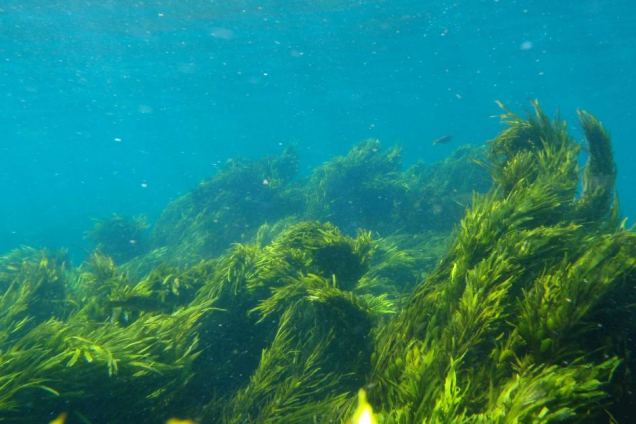 The marine biotechnology is high on the political agenda. Around 70 experts, company representatives and policy makers met at the European Parliament on March 21 to discuss what is needed for a successful European blue bioeconomy. The debate at the fully booked event revealed: the potential of the oceans is uncontested among experts, but its exploration requires close cooperation and knowledge sharing, a strong focus on sustainability, political commitment and finally, investor and consumer enthusiasm.

The event “Releasing the economic potential of marine biotechnology” was organised by the Intergroup Sea, Rivers, Islands and Coastal Areas with the support of the Conference on Peripheral Maritime Regions (CPMR) and the European Marine Biological Research Infrastructure Cluster (EMBRIC).

“We need more blue in the Bioeconomy Strategy,” emphasized Felix Leinemann, Head of Unit Blue Economy Sectors at DG Mare in the European Commission, right in the beginning of the event. The marine stakeholders demanded politicians to take notice of the potential of marine resources and its sustainable exploitation within the ongoing revision of the European Bioeconomy Strategy. In 2018, several European initiatives are planned to put a spotlight on marine biotechnology, such as the Blue Bioeconomy Forum which will gather all relevant stakeholder groups to identify measures to open up markets for emerging blue biotech products or Blue Invest 2018, a match-making event taking place in Brussels that connects innovators to the financial community.

“We see enormous potential in marine biotechnology,” said Marco Weydert from DG Research and Innovation, and admitted: “Bringing the innovation into the market is still a challenge.”

How to overcome existing hurdles was among the major topics discussed during the event. For the first time CPMR and EMBRIC joined forces to bring marine biotechnology and its potentials onto the political agenda. Several companies from the marine sector, cluster representatives and regional experts provided input on the obstacles they are facing. “Going out and discovering the diversity of our marine biology is the prerequisite of marine biotechnology,” stated Dermot Hurst from the Marine Institute in Ireland. “Without the costly discovery phase, no product would ever emerge.” All experts underlined, that funding gaps can hinder innovation at all stages of the process – during research, pre-commercialisation or upscaling. They called for policies that decrease the risk-taking capacity of private investment, that are tailored to the blue biotech sector, that bridge innovation gaps, facilitate technology transfer and interlink the mosaic of marine research institutes and companies.

Gesune Meissner, MEP and Chair of the Intergroup on Sea, Rivers, Islands and Coastal Areas, closed the round by emphasizing that the addressed topics will be taken to the Parliament with the defined goal to support and promote the further development of a sustainable blue bioeconomy.