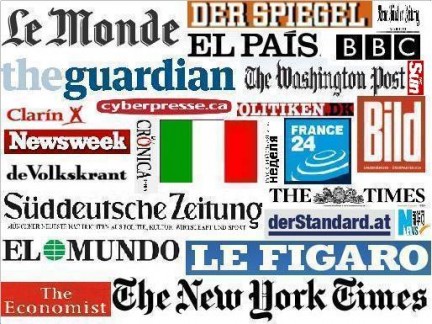 thank you. You are more and more every day to read Il Bioeconomista, from all over the world. And that flatters us and encourages us to move forward with our project for an online journal that has in the bioeconomy its inspiring principle. You are a signal that the world is in turmoil, that the search for a world free from fossil fuels, a post-petroleum world, is increasingly an utopia that has decided to roll up its sleeves to become reality every day. The path is still long, but the road is mapped out and we can’t go back.

A newspaper in our opinion, if truly free, must not only inform but must also be a center for discussion and debate, and must somehow be able to dictate the political agenda. It must earn the trust of its readers every day. In recent years, journalism has undergone a radical metamorphosis, overwhelmed by the explosion of blogs and social networks. Il Bioeconomista wants to fit into the pilot project launched in France by Médiapart, in Spain by Infolibre and in the USA by many journalists / bloggers who have abandoned traditional newspapers to provide independent information over the internet.

We do all this for free with zero budget, moved by simple passion and desire to make a contribution to changing the world for the better, to encourage reflection on the challenges that poses the third millennium and encourage change.

Journalism, after all – as we wanted to remember in our Manifesto – historically has always accompanied every revolution, because it was an expression of ideas, a laboratory of progress, which far exceeds any censorship. The widespread use of independent journalism was a phenomenon characteristic of the early Nineteenth century throughout Europe. The economic changes that occurred in that period were followed carefully and continually commented on by a galaxy of thinkers, who used the newspaper to report the facts and express their opinions (Rerum Concordia Discors). So it was that, in Italy, could occur a movement of ideas parallel to the movement which manifested itself in the social and economic life, which then would lead to Il Risorgimento.

We want to contribute to a New Resurgence. You readers give us the strength to go forward. Thank you.